Laos is known as the land of a variety of culture, religions, and tradition. Like the Religious beliefs in some countries in South East Asia, The Lao Religion is also variety, that’s a reason why make the Laos culture, as well as the traditional, become more colorful. If  you are in a  Indochina tour or Laos holiday and have a great chance to join in the animist belief in the local, don’t miss!

A Little about The Laos Beliefs 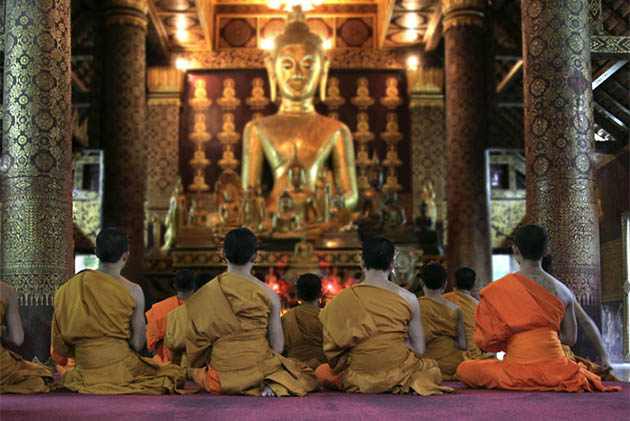 Buddhism – The Main Religion in Laos

Buddhism was propagated to Laos later than Vietnam and Cambodia at the beginning of the eighth century and was widespread in the country by the 14th century. Today, Buddhism is the most populous religion in Laos, and most Laos men use a portion of their life as a monk even if it is only for a few days.
The Lao Buddhism tradition was originally propagated to the country via monks from the Mon kingdoms. During 11th and 12th centuries, when Khmers invaded Luang Prabang, Mahayana Buddhism ( the main type of Buddhism in Vietnam) replaced Theravada as the dominant ideology of the ruling classes but was founded officially of the Lao state in 1353.

In the mid 20th century, Laos came under the rule of the communist Pathet Lao, while the communist Pathet in Vietnam or Cambodia meant persecution for Buddhist. In Laos, instead of condemning Buddhism, they used their Marxist doctrine to serve for their main own. Firstly, this collaboration was voluntary, and then it became compulsory, that was the reason why there were many monks escaped to Thailand. However, from 1979 the attitudes toward Buddhism was more loosen. By the 1990s, they attended the Buddhist ceremonies had increased and were on the resurgence, while the sangha had reclaimed some of its traditional roles in education, healing, and preservation of national culture.
Even if it was liberalized, the Lao Sangha remains under government control, and monks have to study communist party policy as part of their education.

Laotian Folk Religion called “ religion of the spirits” appreciated 30,7 percent of Lao population. These religions belong to pantheistic and polytheistic, and it also involves classes of shamans. On this religion, its ethnic groups of Laos. Among the Lao, the Lao Loum and Lao Loum are mainly Buddhist, while the Lao Theung and Lao Sung are folks religious.

The Christians appreciate 1.5 percent of Laos’s population, while Catholics make up 0.6 percent of the population. The number of Church has estimated approximately 45000 Catholics. However, many are ethnic Vietnamese, which mainly concentrates in major urban centers and surrounding the Mekong River and the southern regions.
Throughout the country, there are approximately 400 protestant congregations conduct services that have developed sharply in the past decade. Actually, church official estimate Protestants is more than 100,000. Most of the member of Protestants are from ethnic Mon – Khmer groups, and it also expands to the Hmong and Yao communities.
Although Christian group that has some actions, it isn’t recognized by the Government, which include Methodists, Jehovah’s Witnesses, Church of Christ, Assemblies of God, Lutherans, and Baptists. 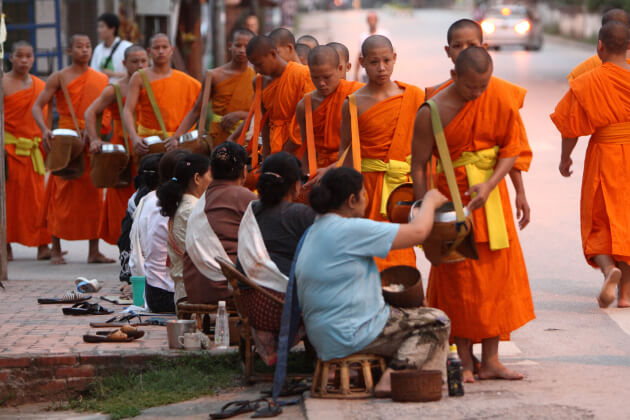 Freedom of Religion in Laos

The freedom of the religion is added in the constitution in Laos. However, in fact, the Government strictly oversee religion in the country. The foreigners are not permitted to proselytize Laotians, and the religious organizations need to register their association with the government in order to operate in the country. 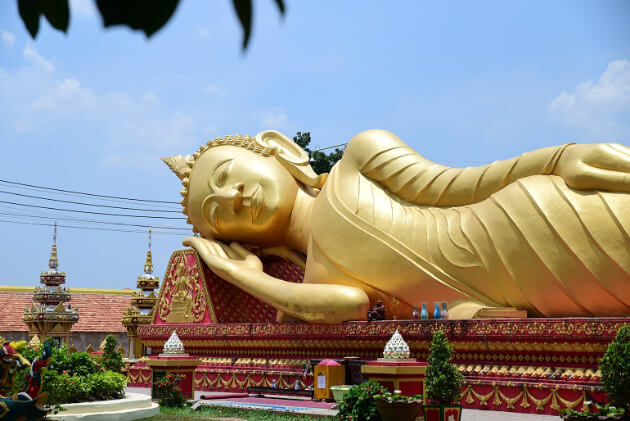 The Muslims and Bahai is the least group in Laos.Muslim accounts for a large part of population in the world and also some countries in Asia such as: Philippines, Brunei, etc , but in Laos, it just accounts for 0.01% of the population.
The first Muslim in Laos has arrived here in the twentieth century while Laos is under the control of French colony. Up to now, accounting for a very small part of the population, Muslim in Laos mainly concentrates in Vientiane, the capital of Laos, where exists a mosque. Most of Muslim will works in meat shop or restaurants in order to serve their community. (According to Muslim rules, Muslim can only eat dishes made by another Muslim; they can’t eat dishes which are created by non-Muslim). Moreover, there is a small number of Muslims living in other provinces such as Pakse, Champasak, Luang Prabang although the mosques don’t exist in these locations.

The government has more closely scrutinied the activities of the Muslim community in Vientiane but they didn’t interfere with its religious activities. The Muslims could more openly to attend the mosques. They can go to pray daily and weekly on Fridays. Moreover, all Islamic celebrations were allowed.
Bahai’s leaders estimated that there are about 8,500 adherents of the Baha’s Faith, and they practice their beliefs in the larger cities. A 9- members Baha’s National Spiritual Assembly oversees Baha’s activities in 5 centers: Vientiane, Savannakhet, Bolikhamsai, Khammouane, Champasak and some members in other provinces: Oudomsai, Xiang Khouang, Luang Prabang, Salavan. 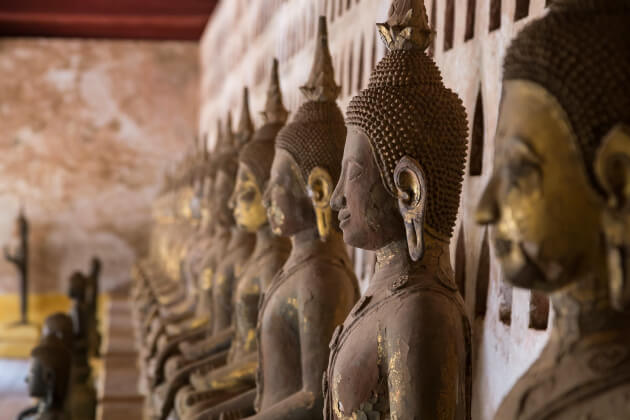