From the very beginning of the world’s history, civilization often starts near big rivers. Laos is not an exception. According to the archaeologist, the first person who was in Laos’ territory nowadays had appeared during Middle Holocene (6000-2000 BCE). The very first tasks such as: hunting, gathering regarded as agriculture have been settled. People here also learned rice cultivation from China to maintain their life. There is sufficient evidence to say that the ancestor of Laotian nowadays comes from Austro-Asiatic Language Family, which is known as Laos Theung at the moment.
Before Laos was officially formed in thirteenth century, the appearance of people living in this area had been found from the 8th century BCE until the late 2nd century CE, the area in Xieng Khuoang Plateau was an inland trading society. The most persuasive evidence remaining until now is UNESSCO Heritage Site, Plain of Jars, which reflects the ancient daily life of people with burial goods, ceramics, etc.

From the 2nd century to 6th century, Laos is under influence of Champa Kingdom which came from Cambodia nowadays, the south of Vietnam and the south of Thailand. Champa’s settlement was in Champassak, Laos. Until 6th century, Champa People had been forced out of Champassak by Funan Dynasty (China). Right after that, Chenlan a proto-Khmer people who had established the first form of kingdom in Laos. Nowadays, people are still able to encounter Khmer distinct architecture as well as culture in Wat Phu, Champassak.
That’s what happened in the southern part of Laos. In the north and central, there is also another kingdom had been formed by Mon People, Dvaravati Kingdom which also consist of Thailand. Also located in the north, the rival of Dvaravati is Haripunjaya Kingdom.
During this period, Laos is not a completely united nation. The mainland of Laos nowadays is territory of many different kingdoms and under influence of Cham People, Khmer Kingdom and also Mon People. 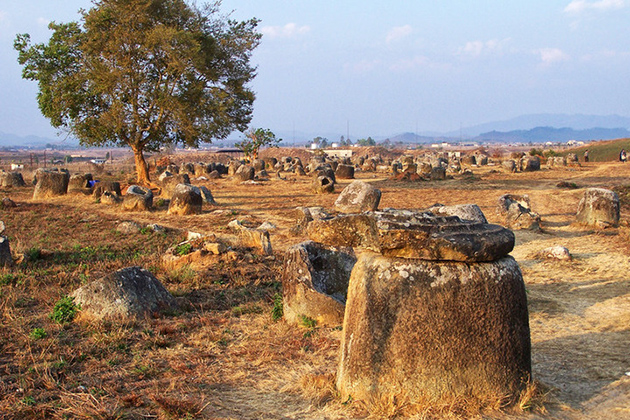 During Chinese Han Dynasty, there was a military expansion to the south. Therefore, many Tai-Kadai speaking people had moved to the south, which are Northern Laos, Northern Vietnam and Northern Thailand in the 8th century. Moreover, The Mongol invasions of Yunnan China (1253-1256) had pushed them further to the northern Laos.
Many kingdoms were established during this period. For example, in 1259, the Tai Kingdom of Lanna was founded in modern Thailand and started to expand to the east and to the north. In 1279, the city in the East, Chantaburi was then renamed to Vieng Chan Vieng Kham, which is modern Vientiane nowadays. Located in the north of Tai Kingdom, Muang Sua City was turned into Xieng Dong Xieng Thong, which means “City of Flame beside the River Dong” in 1271. This city actually becomes Luang Prabang, the first capital of Laos later. At that time, both Vieng Chan Vieng Kham (Vientiane) and Xieng Dong Xieng Thong (Luang Prabang) are independent cities and did not relate to each other. Not until 1354, with the establishment of Lan Xang Kingdom, two cities are connected.

During the conflict after the King’ Death, Kingdom of Luang Prabang, the first kingdom has been established in 1707 by King Xai Ong Hue. In the period of Sourigna Vongsa’s reign, Xai Ong Hue and his family had been exiled from Lan Xang and lived in Vietnam for a while. When Sourigna Vongsa died, with the support of Vietnamese King, Le Huy Hiep, he attacked Lan Xang, killed King Nantharat (the prince of Lan Xang), and gained control of Lan Xang (and the area of Kingdom Luang Prabang) in exchange for Vietnamese interference over his kingdom.
With an aim to revenge, Sourigna Vongsa’s grandson, Kingkitsarat, with his own army, moved the south in Vientiane to challenge Xai Ong Hue. This time, instead of leaning on Vietnam, he decided to look for help from Kingdom of Ayutthaya (Burmese and Siamese).
Since then, Kingdom of Luang Prabang was so weak and had no political independence. During its time, the Kingdom was forced to pay tribute so many times. 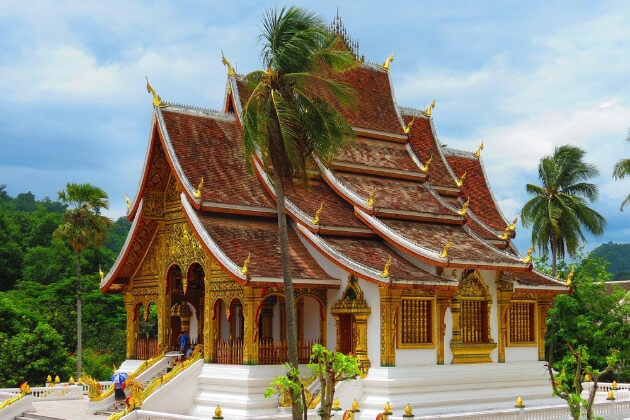 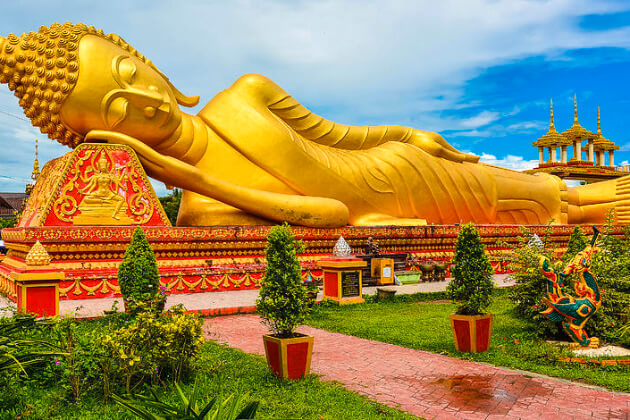 Emerging later than two other kingdoms, Kingdom of Champasak was formed in 1713 by nephew of King Sourigna Vongsa, Nokasad. He was the son-in-law of Cambodian King and also had the same aim to rebell against Xai Ong Hue (Kingdom of Luang Prabang). His military force was raised in the south of Laos and Kingdom of Champassak comprised the area south of the Xe Bang River as far as Stung Treng together with the areas of the lower Mun and Chi rivers on the Khorat Plateau.
Kingdom of Champassak was not the most powerful kingdom among three but had a significant contribution to Mekong River’s trade and development. 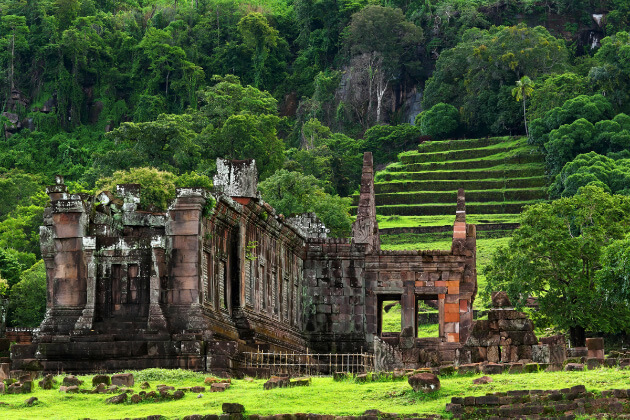 During the 1760s and 1770s, there were so many conflict and misunderstanding between Siam and Burma. They created military race, tried showing off their influence over the other by strengthening the relationship with Laos Kingdoms, which forces mainly Kingdom of Luang Prabang and Kingdom of Vientiane against each other. Burmese would support one kingdom in term of military and Siamese would support the other.
The absolute outcome was the end of three Laos Kingdoms in 1779 and a political shift to Siamese.